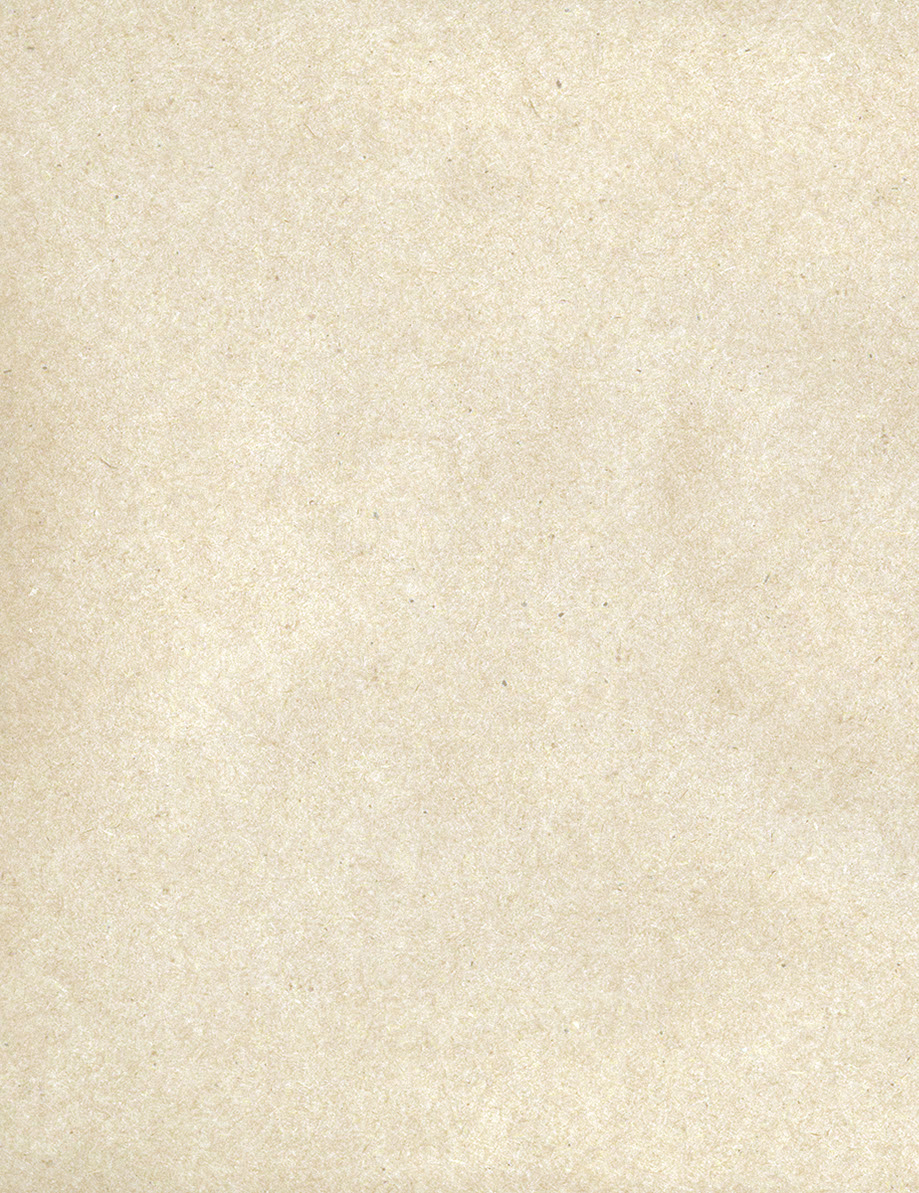 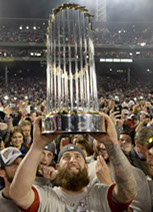 Beards in Baseball: An Interactive Timeline

Cap Anson, with his long thin moustache turned upward at the ends would be one of the symbols of the face of the sport

Rollie Fingers receives a $300 cash incentive as a compliment to his long, whip-like waxed moustache

Bearded during his entire career Bruce Sutter is depicted in the year the Cardinals powered to the top, clinching the World Series

Moses Walker, and brother Weldy, were two of the first professional black baseballers

A sect of Orthodox Jews, some living communally, develop the Israelite House of David baseball league

Harry Wright, with mutton chops, creates a team of men playing as the Cincinnati Red Stockings 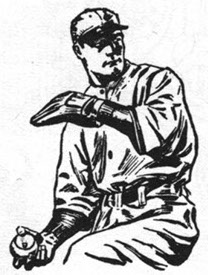 Professional league teams have all but abandoned facial hair; shaving is required by club houses 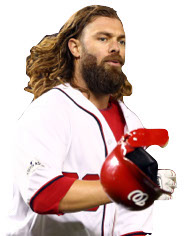 Since 2005 baseball legends Jayson Wuerth of the Washington Capitols and Brian Wilson of the San Francisco Giants and LA Dodgers have taken their beards to incredible lengths and thickness.

YOU can be the next Beardsley Champion in 2019—Here’s How!

Send us your best whiskered photo in an email by the 20th day of the month to media@beardshampoo.com .

All entries should include your name and contact information, the photo and a brief description about yourself.

Awards are given monthly through December 31st 2019 and are be posted on the Beard Gallery, on Radio Beardsley, and all our Social Media channels.  Awards will be given by mail.

Podcast: A History of Beards in Baseball 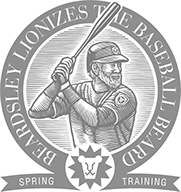 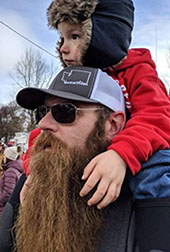 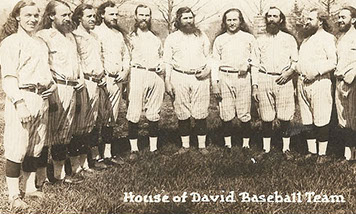 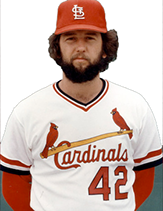 2013 The bearded Boston Red Sox win the World Series. The Boston Red Sox caught ‘beard fever’ in 2013 and made baseball come alive with a true brotherhood. It was the perfect method to shake away the lackluster and lethargy this team often gets as the season gets past opening euphoria. Beard growth started as challenges between many of the players with Mike Napoli as beard ambassador. As the summer flew the team and fans were realizing a chance at another world series was within reach. Fans were also following the game and beard growth.

The club decided to host a Dollar Beard Night at Fenway Park on September 18th, 2013. All bearded attendees (including those with drawn and fake beards) up to 4000 in attendance would get entry for the ‘steal of a deal’ cost of just one dollar. Bearded men, women and kids got in line to make baseball and beard history. The Red Sox faced the Baltimore Orioles in that match-up. The Orioles were no stranger to the whisker, so for the bearded the game was like a dream. The big prize, however, was seeing our Bearded Sox go all the way to win the World Series that year.

Ironic, something I predicted happened. After the celebration Gillette was offering those with facial hair money to shave. Several did but not Mike Napoli. He was traded the following year as the team’s beardless year delivered a disastrous last place standing. In last year’s World Series win the Red Sox once again had ‘beard force’ in play, a reminder that facial hair builds brothers who can rise to victory.

1845 The game is established with rules and nine teams playing in the greater New York City area. The first official team was organized on September 23rd 1845 as the New York Knickerbockers by Alexander Joy Cartwright, and named such because of Cartwright’s affiliation with Knickerbocker Engine Company #12, firefighters in New York City. Thus the New York league was born. 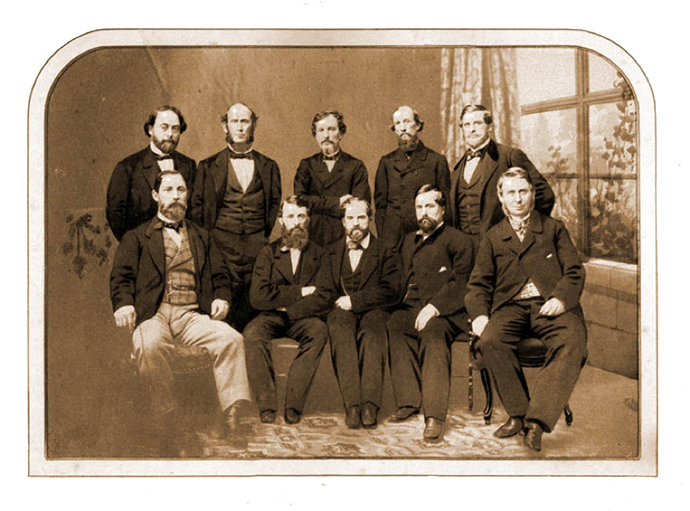 The first officially recorded game was played June 18th 1846 at Elysian Fields, Hoboken NJ, between the Knickerbockers and the New York Nine. Beards were not only plentiful, they were foundational to the sport, with men like Cartwright, Doc Adams, Charles Schuyler deBost, Duncan Curry, William Wheaton and William Tucker—all part of the portrait captured in this gathering.

The National Association of Base Ball Players became the first official baseball league in 1857. It represented the interests of the game and growth of the sport, particularly in the pronouncement that New York style play would be the standard. By 1870 their name changed to the National League of Professional Base Ball Clubs, and eventually shortened to the National League. In some aspects this League’s interplay would begin to change the ‘face’ of the sport as some teams would have men with shorn faces, others sporting moustaches, and beard representation less common. I contend the trend coincided with the Industrial Revolution and increasing demand for gentlemen to be ‘clean cut’ as some in manufacturing were found within the leadership of the clubhouse, or among the players.

1871 Cap Anson, with his long thin moustache turned upward at the ends would be one of the symbols of the face of the sport. He would play 30 seasons with an impressive history of accomplishments. He would be one of a number of outstanding ball players with distinctive facial hair in his long and storied career. 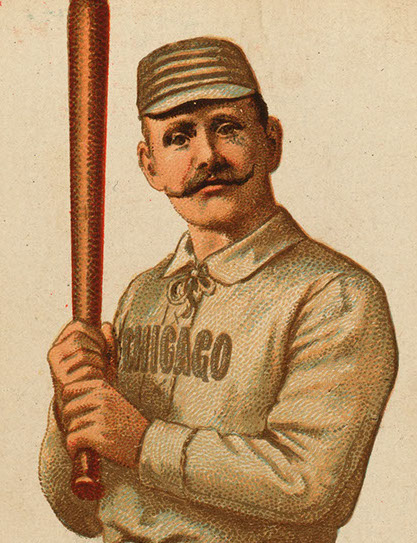 1982 Bearded during his entire career Bruce Sutter is depicted in the year he and his St. Louis Cardinals powered to the top, clinching the World Series. 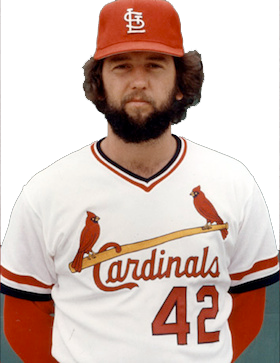 Two other bearded greats, Eddie Murray and Ozzie Smith with the Baltimore Orioles (and Ozzie bearding on with the San Diego Padres) were the modern day foundation for beard restoration to the sport of Baseball 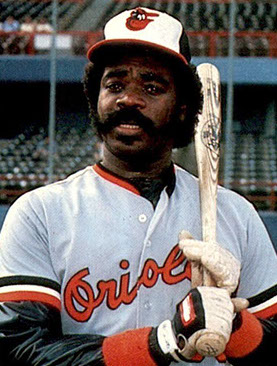 Sports influences in this century definitely aided men to consider facial hair as desirable, manly and worthy. Baseball’s daring to let men be themselves has been a major factor in ‘beard love’, though Football, Hockey, Soccer and Tennis have ‘stepped up to the plate’ with spectacular whiskers.

1883 Moses Walker, and brother Weldy, were two of the first professional black baseballers who were involved in intra-league college and minor league play until both brothers secured a season contract with the Toledo Blue Stockings, a team connected with the newly formed American Association. The moustached Moses would outlast Weldey, who only played the first year of his contract until injury ended his career.

Controversy erupts Interracial play becomes the subject of racism, shown on display by Cap Anson, then Chicago White Stockings Manager, protesting he would not play with the Walker brothers involved. The matter was settled for the sake of a game played August 10th when Charlie Morton—representing the Ohio-Penn League—threatened Anson with non-payment for being a no-show. It worked; Anson and the Walkers completed the game, but the seeds of segregation were growing.

Walker would retire in 1889, the last of the black players until the appearance of Jackie Robinson in the 1940s. However, black teams had played for some time apart and at times with several pro teams; thus a new league was born.

Recognized as the first African-American ball club the Cuban Giants merged from three NYC-area teams and became the flagship of the National Colored Base Ball League in 1885. Two years later, the league was referenced by the term Negro Leagues which encompassed minorities and lasted until the early 1950s. These league players would have a significant number of them with a moustache; full beards were hard to find. White and black leagues were often funded by business magnates which may have dictated facial hair standards.

1913 A sect of Orthodox Jews, some living communally, develop the Israelite House of David baseball league. Bearded and long-haired players were proudly carrying the nation’s favorite sport, often with celebrity and diversity. They were the first to re-connect with teams of Color while engaged with a number of Major League players, including Babe Ruth who—out of respect—donned a beard during a Yankees / House of David match. Several of the House of David also had professional baseball careers.

Since 2005 men (and their sweethearts, families and admirers) by the millions said YES to their facial hair while baseball legends have given incredible examples of beard prowess. Jayson Wuerth of the Washington Capitols and Brian Wilson of the San Francisco Giants and LA Dodgers have taken their beards to incredible lengths and thickness. 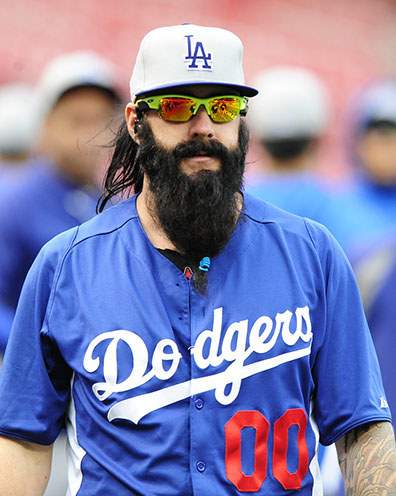 1972 Facial hair makes a remarkable statement when Oakland Athletics owner Charles Finlay gives Rollie Fingers a $300 cash incentive as a compliment to his long, whip-like waxed moustache. Before regular season play Reggie Jackson appears bearded, and several key members—including Hank Aaron, Catfish Hunter and Ken Holtzman—got their moustaches growing in what Finlay announced would be ‘Moustache Day.’ That day moustached men got in for free and Rollie Fingers receives recognition for the best moustache, styled much like Cap Anson’s. 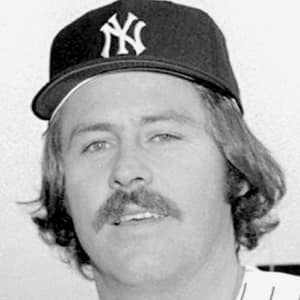 Wikipedia notes that Rollie was the only player to remain with that same moustache throughout his career, though Hunter, Holtzman, Wade Boggs were three players sporting great ’staches in the 70s.